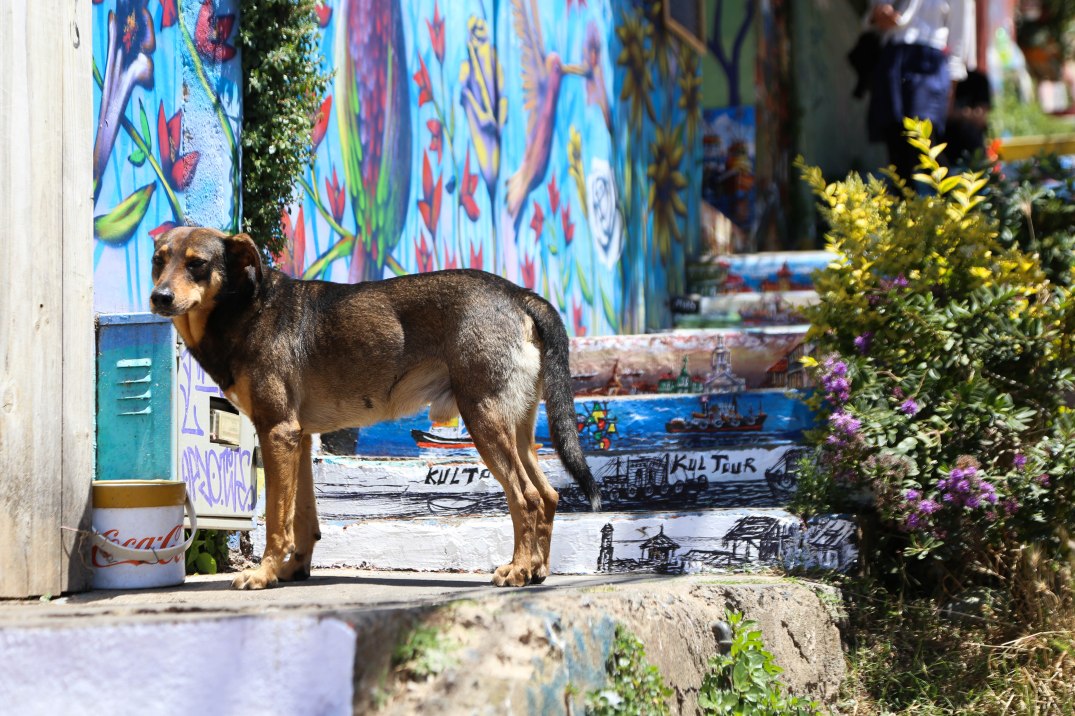 I eventually arrived in Santiago 40 hours after leaving Home Farm Road having taken the scenic route via Canada. For some reason I thought the flight was at 6 pm but it was 2 pm, made the flight by the skin of my teeth. I secretly wanted to cause some fuss before leaving.
Initial vibes in Santiago were a little grotty. Obviously in an attempt to keep the dolla bills healthy I decided to walk from bus stop to the hostel (over an hour). Backpack already proving painful!
Most of the guide books tell you Santiago isn’t up to much and not to stay longer than two days. Bella Vista is a trendy backpacker area with great nightlife. It’s also pretty dangerous. As I was walking home one day two guys were just snorting cocaine on the streets I was taking pictures of  one of them with my really ‘discrete’ camera! I moved swiftly on, not wanting to be a witness in crime.
I was put in touch with Niall (friend of a friend) an Irish guy  working here as a brand ambassador for Jameson. We went to the coolest coffee shop (Wonderland) I actually ended up leaving my hostel and stayed there for the night.  It’s in an area called Lastarria (so much nicer than Bellavista, really cool and quirky vibes here defo recommend).
Niall got me an invite to a whiskey tasting at an art gallery that night.  It was on the 11th floor of a building with amazing panoramic views of the city. I pre warned him I was going to look a bit rough and probably wasn’t the typical clientele. I was right; I looked grim everybody was super glam and there was no bar only tasters of Jameson (I could have done with the bottle).The cherry on the cake I spoke no Spanish and no one spoke English. After looking like a predator for most of the night I eventually found a really nice French guy who I clung too inappropriately all night. The crowd were v cool two of Micheal Jackson’s back up dancers were there and did a performance absolutely amazing experience.
During the day I visited Mercado Central  a really famous fish market but extremely dodgy also. All of the vendors have their fish on display and you can eat from a number of different stalls.
I ended up chatting to this Chilean dentist, Gilbert who has been coming to this place for the past 30 years. It goes without saying my first mate of the trip was 60 years old and slightly creepy.  He swears by the Caldillo de Congrio (Eel Soup made with potato and stock) is the best in the country. It looked mauldy but tasted decent as long as you avoided the eel’s guts. In fairness it was a step up from the usual Chilean fare of deep fat fired foods, burgers and hot dogs. So far the grub hasn’t been mighty.
.
I decided on my last day to go to Chile’s equivilant of Taste of Dublin. Amazing food, booze and music and a cracker of a day. I blew all my budget there. Chile is expensive so I am allowing myself 60$/day (ish). That night dinner was pretty bleek it consisted of banana and bread I bought off this woman on the street (turns out it was cannabis bread I was so hungry so I ate it anyway and it was acutally delish v good combo with the banana).
Next stop Valpariso. Only an 1 1/2 hours away from Santiago this place is the real ma-coy. Charming character, amazing street art and quaint little coffee shops. You can just get lost in this place. It’s a photographers dream!
Stayed in a fab hostel called Hostal Casa Verde Limo. Meeting Susie later so the plan is to stay for a while and learn some Espanol! 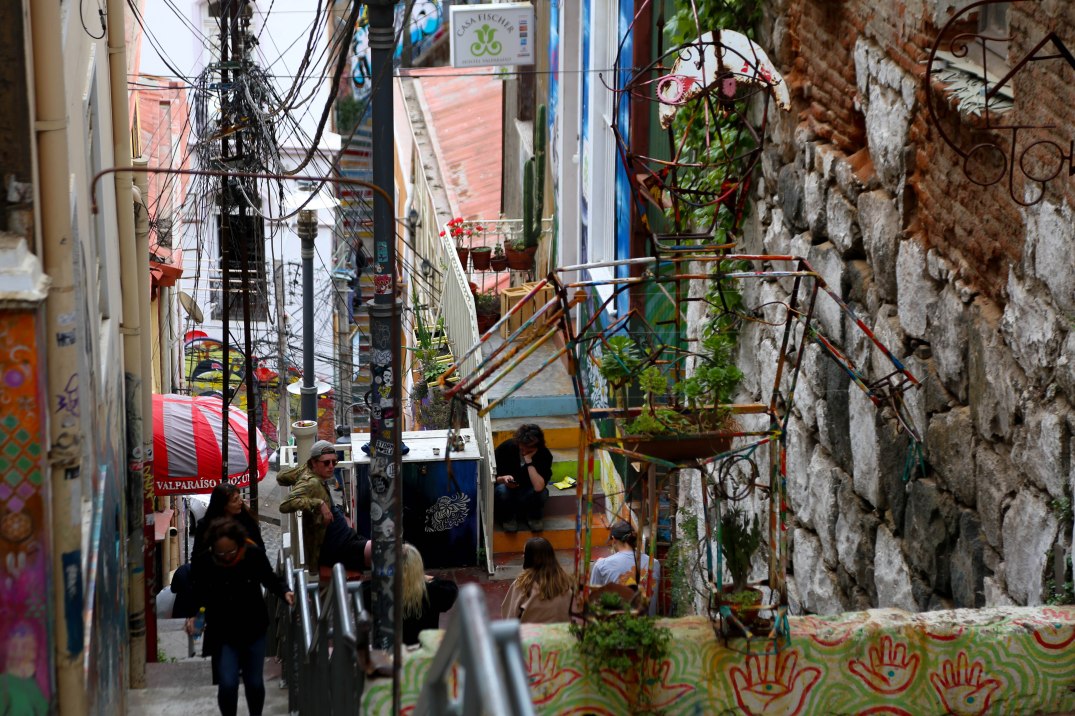